Laparoscopic Surgery: Why it is a boon? 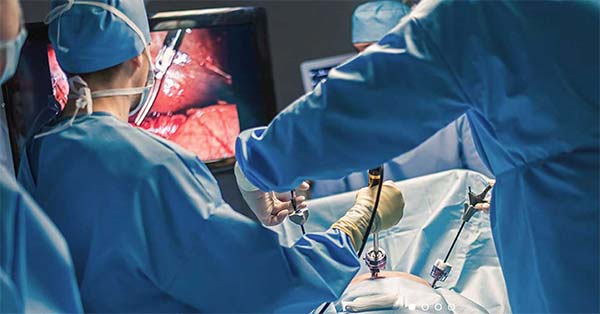 Laparoscopic surgery is not a new word for most of us. People in general are quite aware of this mode of surgical treatment, that it is better than formal open surgery in terms of recovery. And it is not uncommon for patients to demand laparoscopic surgery for various surgical treatment they need. It is really good that people are aware of their options and are asking for it.

Today I feel like talking about aspects of this modality of surgical treatment that people are not much aware about. Laparoscopy means Lapro that is your tummy and scopy means a telescopic camera, thus any surgery of abdomen that is done by a minimal invasive method using a telescope is called Laparoscopic surgery. Similar modality used for any surgery of your chest is called Thoracoscopic surgery. Thus a surgery is performed by making very small incision (cuts) in your tummy and inserting instruments and a telescopic camera through it and performing surgery. Whatever is done in your tummy is seen on the monitor in the operation theater and thus a big cut in your tummy is avoided.

The general perception is that the faster recovery is due to the small cut on the skin. My patients commonly ask me ” Sir how many stitches I will get?” , and I always say it does not matter. What people don’t know is that, the wall of your tummy is itself an organ. Just like your leg and hands, and it is not just skin but multiple layer of muscles, fat and skin. It has many important function also, like they are the key muscles in your basic body function like breathing, coughing, passing stool and urine. They are also very important for different body movements like bending, lying and getting up. Any decrease is the health of the wall of your tummy affects you in multiple ways. And laparoscopic surgery does not just reduce the length of scar on the skin but also on the whole wall of your tummy. Hence it helps to maintain the natural strength of your tummy, causes faster recovery, less breathing problems after surgery and decreases the chances of hernia through the operation site.

It is a technically demanding skill, and also needs very specialized equipment. Fortunately with time there has been significant advances in the instruments and skills of surgeons. So the technique which was previously used for some basic surgeries like gallbladder and appendicectomy is now widely used for even very complex surgeries like cancer, weight loss and other major surgeries of your tummy and chest. For a lot of medical conditions, surgery was previously avoided due to the complications and poor recovery with open surgery and patents used to suffer, with no option of an effective treatment with low complication rate. But with laparoscopy, the recovery being faster and complications less, many of these diseases are very effectively treated with laparoscopic surgery with acceptable rate of complications. The patients are being able to walk within hours of surgery, can take liquids and diet very early depending on the type of surgery and are being discharged very early due to laparoscopy.

Thus I would like to again reaffirm that ” There is much more to Laparoscopic surgery than mere small scar and your tummy wall is not just skin but an active organ of your body”.